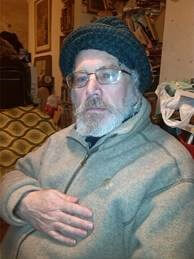 Was able to heal my heart

“I am seventy-one years of age. My heart has become greatly enlarged and failing, over the last few decades, and I have been in and out of hospital too often during the last couple of years… Just twelve months ago, I even had to use a wheelchair to journey away from my home.

Dilated Cardiomyopathy, caused by hypertension, was the diagnosis I was given. After a surprise turnaround, last Christmas, I began to be able to walk using just one or two canes (walking sticks). By Easter of this year (2020) I was able to hobble about without using any sticks at all, if rather slowly. Since about last December, I have shown a slow but increasing improvement in mobility, which continues.

Last year, my cardiologist had wanted me to have an electronic ‘pacemaker’ fitted, by surgery, inside of my chest cavity, to regularise the beating of my floppy heart.

However, just before last Christmas, I learned of a more simple aid to heart health, which I quickly adopted, for preference, instead of that implanted device. This aid consists of a single or a double magnet that is worn outside the body, over the sternum, in the centre of the chest.

The Chinese practitioners who started to use and recommend this therapy [since 1992 when BiomagScience introduced it] apparently refer to the sternum magnet as a ‘TsiBao’ (which means something like ‘therapy magnet’ or ‘healing magnet’, I think). My TsiBao, so far, has been taped on to my chest for over nine months, and seems to have gradually brought me increasing health and vitality.

In recent years, I had really struggled to walk the quarter-mile to my local shops… I struggled, had heavy legs, so that I shuffled slowly along, lacking energy & brio, becoming sweaty and breathless – plus, I would have to stop for a rest about every fifty yards.

However, yesterday, I walked the whole way to the shops and back, enjoying the outing, without needing to stop, without exhaustion and felt fresh, eager and was even ready for more walking at the end of my return journey. In fact, I did go for another enjoyable short walk soon afterwards, as a pleasant novelty, and a day or two later did a 2 kilometer walk without a rest.

The continuing improvement in my legs’ ability and my body’s endurance is very noticeable, and it is evident that the sternum magnet continues helping me, gently and progressively – apparently encouraging and supporting the hearts’ function at all times.

I am very grateful to BiomagScience (Foundation for Magnetic Science), in the USA, for telling the inspiring story of Mr. Ayers, whose disability from heart failure sounds very similar to my own case, and which he was soon able to resolve for himself by means of a simple magnet placement on his chest.

I hope that others may be able to help themselves and to resolve health problems by making use of the gentle assistance of [BiomagScience] healing magnets.”

I went walking again today and I marvel at the transformation.

Was able to heal my heart’s coronary thrombosis

Mr. Alfred Ayers suffered in pain and discomfort. He couldn’t walk more than 100 meters without gasping for breath, and then only aided with his cane. His doctor diagnosed his problem as coronary thrombosis and told him without bypass surgery, he wouldn’t live more than 5 years. Mr. Ayers had neither the money, nor insurance to cover the operation. He was extremely worried and anxious when a close friend encouraged him to wear this “new gadget” called a BioMagnet pendant from BiomagScience {now the Foundation for Magnetic Science]. That was 1994.

In April of 1995, Mr. Ayers returned to his doctor for a checkup. He was not surprised to find out that his heart condition had healed without surgery or expensive medicines because he could walk long distances now, and climb overpasses with ease and without his cane. Mr. Ayers states…

At present, I still wear my BioMagnets for maintenance…Perhaps it’s worth mentioning here that as a bonus, BioMagnets helped me get rid of my arthritis. Thank you BioMagnets.

He was sent to the emergency service at Chang Gung Hospital, and survived the heart attack, but was forced to retire early. Since then, he has been introduced to the benefits of Tsi-Bao’s negative monopolar magnetic field, and he has consistently worn a “Tsi-Bao” on the sternum. He also follows doctor’s guidance and has routinely gone back to the hospital for checkup.

Although his physical conditions were worse than before the incidence, he could still work at a normal pace and did not feel like a person who had just recently experienced a heart attack. Even though he is a pharmacist with extensive knowledge of therapeutic drugs, he has great faith in the efficacy of “Tsi-Bao” in stopping bleeding, relieving pain, reducing swelling, alleviating inflammation, and is extremely satisfied with the “TSI – BAO.”

BiomagScience recommends doing the Advanced Therapies on Page 8 of the Pictorial Guide to help rebuild and revitalize the system to support the healing of any chronic condition, such as an illness or joint repair.

The Wellness Kit is considered by many worldwide as the most important first aid kit to have in the home for those aches, pains, bruises, sprains, burns, bites, or any major health issues that can occur in daily life. It provides the best overall supplemental energy for your family’s daily wellness. Every home should have one for better health and increased longevity.

Peter Kulish began his research in Biomagnetic therapy over four decades ago. Originally studying and consulting with the godfather of Biomagnetism, Albert Roy Davis, Peter took an advanced degree from the Broeringmeyer Biomagnetic Institute and has consulted, and developed energy medicine protocols with doctors, scientists, and researchers from around the globe.

He is respected worldwide for his extensive research of Biomagnetism and pioneering the development of advanced therapies and protocols for prevention, wellness and resolution of pain, injury, illness, disease, nerve regeneration and most medical conditions.

Extensively researched and used by the Asian Energy Medicine Association, his protocols are taught in curricula throughout Asia, where Energy Medicine is considered standard medical practice. His therapies are also used by individuals, practitioners, and in medical institutions and health spas throughout the world.

As a master healer with a wealth of almost 40 years of research and application in the effects of magnetism on all aspects of the human body, he has been a featured guest speaker of Biomagnetism at clinics, hospitals, medical colleges, and universities and has been interviewed extensively on TV and radio, headlining many times on the “International Science Hour.”

Subscribe To Our Newsletter
Subscribe to our email newsletter today to receive updates on the latest news, tutorials and special offers!
We respect your privacy. Your information is safe and will never be shared.